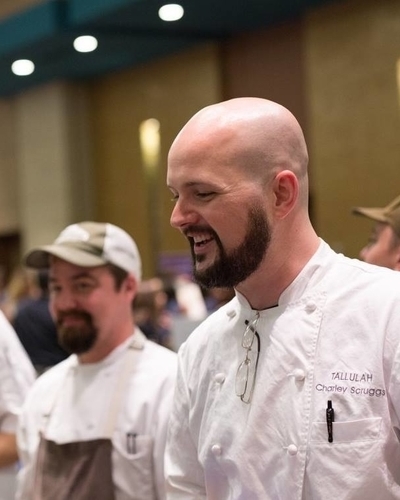 Born to a Lebanese pianist and a Carolina sailor, Charley Scruggs was raised to appreciate and explore the endless variety of flavors and experiences this world has to offer.

Beginning as a dishwasher at the age of 16, Scruggs worked his way through the kitchen ranks while studying for multiple degrees at both Columbia International University and the University of South Carolina in Columbia, SC. Soon after graduating, Scruggs landed a formative sous chef position under Chef Blake Faries at Saluda’s Restaurant, before moving to Charleston and taking a pastry chef position at the Wild Dunes Resort on the Isle of Palms. There, Charley later joined up with the Indigo Road restaurant group and returned to Columbia to open their The Oak Table concept; as well as some of their future Charleston and Atlanta concepts.

Thriving on garnering new experiences and techniques, Scruggs continues to utilize his varied and growing culinary expertise by consulting and supporting new projects, as well as traveling regularly to find the next bite.