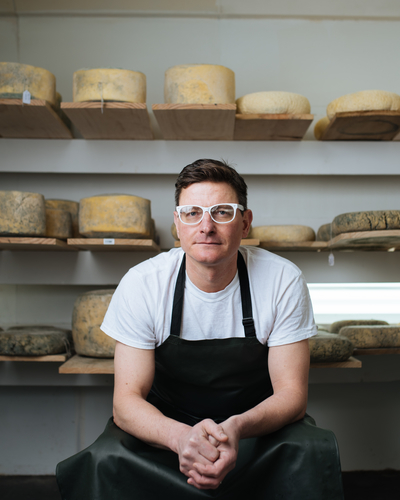 A native of Denmark, Christian Hansen is one of a handful of pioneering Southern cheesemakers staking a claim to their place on the culinary world map. His cheeses have been featured at the James Beard House and lauded by Huffington Post Taste, TOWN Carolina, Men’s Journal and Culture – the Word on Cheese.

Christian’s journey in cheesemaking started as a hobby while work for Dell in Austin, TX. His instant passion for the craft was grounded in part by a sense of ancestral connection; Hansen’s grandfather and great-grandfather both operated creameries in his native Denmark. In 2016, Christian left behind the corporate world to found Blue Ridge Creamery in Travelers Rest, SC. There, he crafts seasonally inspired cheeses with milk from two local herds of Jersey cows.