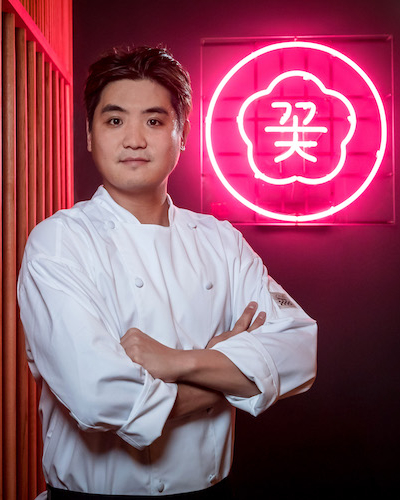 David Shim is the Executive Chef and a partner. A Seoul native, he was on a track to become a professional soccer player before his passion for the culinary arts ultimately took center stage. Shim began his culinary career as a line cook at Gramercy Tavern before stints as Chef Tournant at Veritas, master cook at L’atelier de Joël Robuchon at the Four Seasons Hotel, and executive chef of Kristabelli. After working as Chef De Cuisine for M. Wells Steakhouse, Shim was approached by Simon Kim to open his dream Korean steakhouse, where he now runs his Michelin-starred kitchen with the studied intensity of a center back. He has been listed as a ’13 Under the radar Chef’ by Zagat, and named ‘Hottest Male Chef of the Season’ by Gotham Magazine.