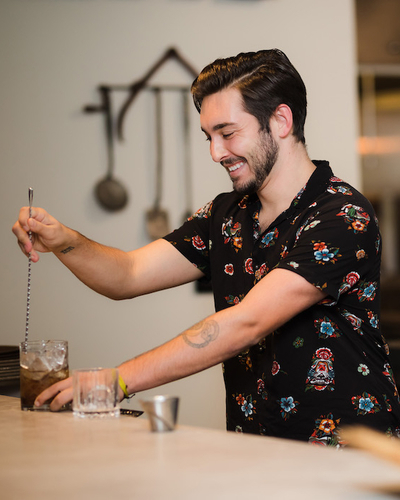 Born and raised in Waxhaw, NC, Eli has been a rising star behind the bar since the day he was old enough to drink. He joined Rare Roots Hospitality as a server at The Porter’s House in 2017, but only because he wasn’t old enough to pour cocktails (legally). In 2018, he heard the Call of the Clam and joined the opening team for Fin & Fino, where he learned the ways of the cocktail world under the direction of Brittany Kellum, “BK.” He became Bar Manager of Dogwood in Summer 2020.

Outside of Dogwood, Eli’s biggest interests are music, cooking, golfing, and spending time with his lab/pull mix, Butch.