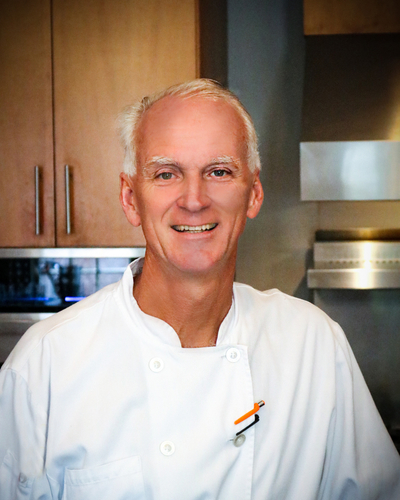 Chef, The Loft at Soby’s

Participating In: Dinner on the Illinois Louisiana Line

As chef of The Loft at Soby’s, John Malik uses his culinary creativity to prepare customized menus for special celebrations, assuring that his guests always have a distinctive and memorable dining experience.

John grew up as the middle child of a large family in New Orleans where he was introduced to cooking by his mom. Although his original plan was to follow in his dad’s footsteps and study law, once he got a taste of the restaurant business there was no turning back. He attended culinary school and rose through the ranks of New Orleans’ restaurant scene influenced by two stern French chefs, Roland Huet of Christian’s and Danel Bonnot of La Tour Eiffel. Their values and core beliefs of hard work, determination, and accountability continue to shape John’s work ethic today.

After culinary school, John headed to Charleston, SC, with his wife, Amy, to hone his craft. Six years later, they moved to Greenville, and he landed at Augusta Grill Restaurant where he continued to fine-tune his personal culinary style. He left there after five years to open 33 Liberty Restaurant, a white tablecloth establishment that served global comfort food. His cuisine earned him accolades including a James Beard Semi-Finalist nomination for Best Chef in the Southeast 2008. He later worked as Director of Dining Services for The Cascades Verdae before opening his own hospitality consulting firm. He joined Table 301 in December 2018.

If John isn’t working at The Loft, he’s cycling with his friends (a favorite pastime) or on a tractor moving dirt on his land, Tin Roof Farm in Piedmont, where he oversees 30+ chickens, six Narragansett turkeys, 50,000 honey bees, three different food plots, two dogs and five cats. He also hosts a Greenville-based food and beverage podcast called “Tin Roof Farm Radio Show.” An avid writer, John has published a novel entitled, Doughnuts for Amy, a love story based on his three years at the Cascades which resulted in a six-year stint with The Huff Post writing food and travel essays for the publication.