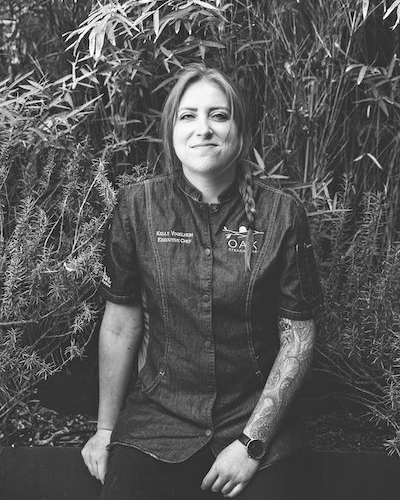 Originally from Rogers City, Michigan, Kelly now resides in Highlands, NC as the Executive Chef of Oak Steakhouse & Skyline Lodge. Her passion for food began early, cooking with her mother and grandmother in the kitchen at home. Kelly earned her associate degree in the Culinary Arts at the Great Lakes Culinary Institute in Traverse City, Michigan, and continued to grow in her career, eventually moving to South Carolina where she accepted positions in Charleston & then Florence. Following her desire to be closer to the mountains &amp; hiking trails, Kelly moved to Highlands where she happily resides today.