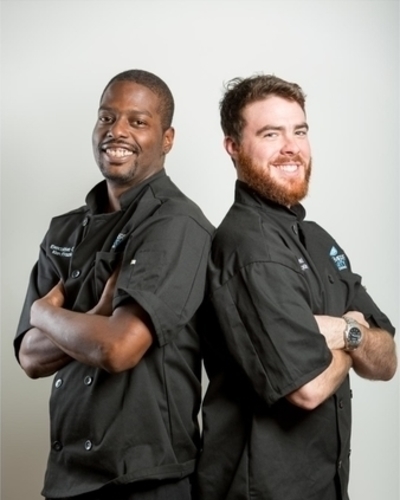 Participating In: Aged to Perfection and Engaging the Senses

Chefs Ken Frazier and Austyn McGroarty met during the opening months of The Whistle Stop in Travelers Rest. Ken coming off a tenure at the Cliffs and had just opened Shortfields became the Executive Chef. Austyn was named the Sous Chef three months later. After separating culinary paths, the two met up a year later to form Premiere Party Catering. After a successful first year catering, long time friend and now partner Brad Armstrong joined the team. The three partners began  planning for a permanent location to serve breakfast & lunch in the City View area. Coming into the new year Woodside Bistro was named one of 2019’s most anticipated restaurants.  After months of set-backs, the doors finally opened May 6, 2019.