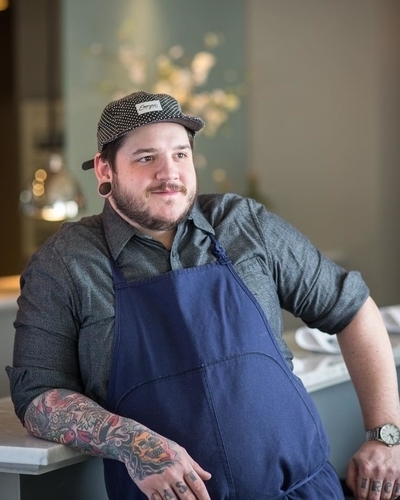 To Chef Kevin McMullen, cooking has been his passion from a young age. Born and raised in Illinois, he remembers watching his mother and grandmother cook, but didn’t acquire the taste for it until having a hand on experience. Since then, cooking has been his life. Kevin gets his inspiration from the ingredients he cooks with, whether its using common produce in a new way, or experimenting with ingredients he’s never seen before. He always keeps an eye out for the best ingredients. This mindset has since granted him many amazing honors, from Eater‘s “Young Guns” Final 50 in 2012, to Zagat’s 2014 “30 Under 30” class. Today, Chef has been living and working in Chicago for over a decade with his wife. When he’s not in the kitchen serving up dishes, he is often found cooking for his wife and friends, playing music, or dining somewhere in the city.