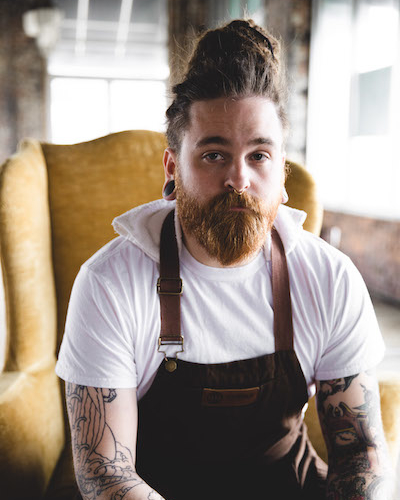 Participating In: Aged to Perfection and Engaging the Senses

I am an American chef currently residing in North Carolina. Piedmont born and Eastern bred has landed me here, in Greenville, as executive chef and partner of Native – Fine Diner, in the heart of the city’s revitalization project on Dickinson Avenue. My focus is on utilizing unique partnerships with local farmers and parlaying that into world-influenced diner menus that are equal parts creative and nostalgic.

I’ve been learning to cook for over 13 years. A six-year stint in Raleigh, NC helped me gain momentum in the industry, beginning in the Fall of 2010 – most notably while spending time at Coquette and The Raleigh Times. In March of 2016, my wife and I began the process of uprooting a young family and making the 2-hour move East to helm the kitchen as Chef de Cuisine at Boiler Room Oyster Bar. By March of 2017, I was given the Chef de Cuisine position at one of NC’s most notable fine dining restaurants, Chef and the Farmer.

It is my hope that you will start here, on this chapter, to experience my view on cooking, family, and people – and how they all work together.