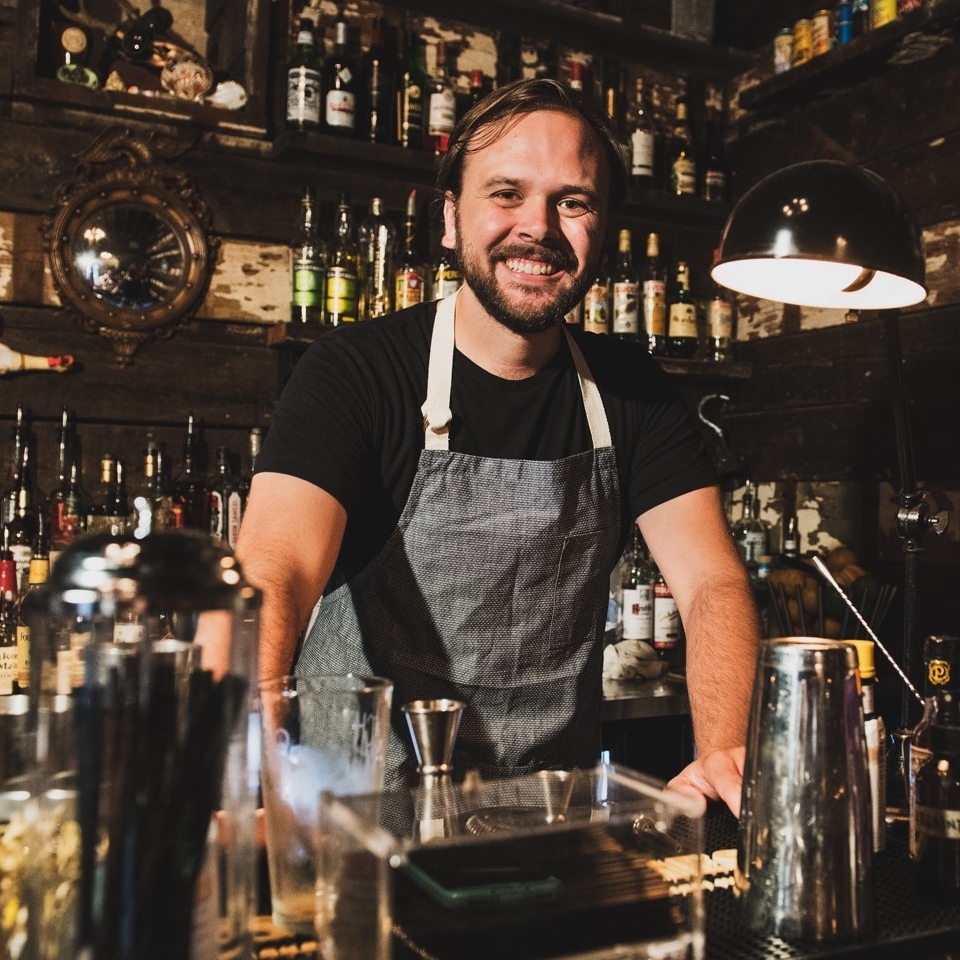 Sean Umstead is the creative force behind the soon-to-open Kingfisher – his first solo venture with his wife and partner, ceramic artist Michelle Vanderwalker of Vanderwalker Design. Their seasonal cocktail bar in Durham, NC draws inspiration from North Carolina’s farms, offering a rare, year-long view into each season through innovative cocktail preparations. Recognized as one of North Carolina’s most imaginative bar experts, Raleigh’s award-winning Chef Ashley Christensen recently said, “…Umstead is making some of the most creative cocktails in the area,” when she shared her local favorites with the James Beard Foundation’s “Beard Bites.” Umstead’s work has also been featured in Food & Wine Magazine, Garden & Gun and The Wall Street Journal.

Umstead has been steeped in North Carolina’s hospitality culture, serving on the area’s most dynamic food and beverage teams. After cutting his teeth as an Assistant Manager in the West Village of New York City, he polished his service and beverage skills as the Assistant Manager for the 5-star Herons as well as a Bar Manager at The Umstead Hotel and Spa. In 2015, he then designed, opened and managed the adventurous bar program at The Counting House in the 21c Museum Hotel in downtown Durham. Since opening in 2017, Umstead served as the General Manager at the 4-star St. Roch Fine Oysters + Bar in downtown Raleigh, where he was responsible for service and the bar program.

Umstead’s stellar reputation extends beyond the Triangle as well. In 2018, he won the regional competition for Copper & Kings’ “Mixt8pe Cocktail Competition” with his Carrot & Fennel-infused Sazerac. And Umstead has popped-up at bars across the East Coast – from The Grand Army in Brooklyn to Edmund’s Oast in Charleston.