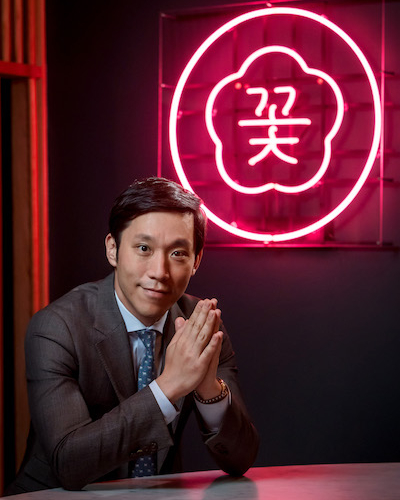 Seoul-born restaurateur Simon Kim fulfilled his lifelong dream of opening a game-changing Korean restaurant with the arrival of COTE in Flatiron, NYC in June 2017. Under his leadership, Cote’s unprecedented marriage of Korean barbecue and classic American steakhouse elements has earned it numerous accolades, and the distinction of being not only New York City’s first Korean steakhouse but also the world’s only Michelin-starred Korean tabletop grill restaurant. As an Associate Board Member of the National Restaurant Association, a Crain’s 40 Under 40 honoree and recipient of the Next Generation Award from the NYC Hospitality Alliance, Simon began his hospitality career at MGM Grand Hotel and Casino, while studying Hotel Administration at the University of Nevada. He would go on to lead the front-of-house team at Blue Fin in New York City, work with Jean-Georges Vongerichten at both Matsugen and The Mark, and open his first Michelin-starred restaurant, Piora, at the young age of 31. Now with COTE & COTE Miami, Simon brings his singular vision for Korean cuisine to the world stage.