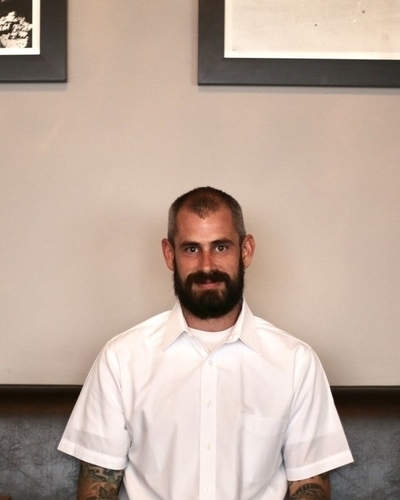 His culinary journey started early in the coastal backyard of his childhood home. An appreciation for farm-to-table cuisine took him to the California Culinary Academy, after which he worked nearly every cooking gig imaginable (from line cook to private chef) as he conceptualized Sons & Daughters.

While his work at Sons & Daughters is never done, Teague knows how to unwind; on his days off, you’ll probably find him surfing at Ocean Beach and spending time with his young daughter.