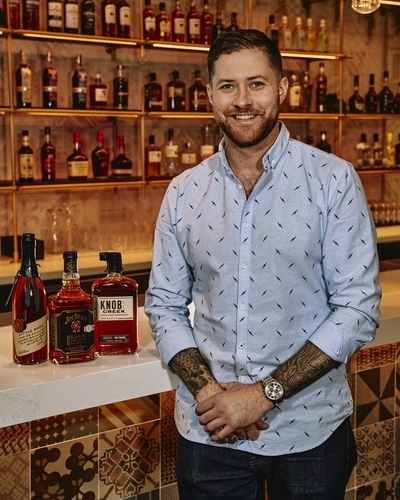 Tim, a Philadelphia native and veteran of the bar and restaurant scene, has spent many years sharing his love for bourbon and rye.  Using his contagious passion for our native spirit, Tim promoted whiskey education and helped spark the interest of guests and colleagues alike. This lead to him becoming the youngest ever general manager of Time, a renowned whiskey bar in Philadelphia.

Tim accepted the role of Beam Suntory American Whiskey Ambassador, East Coast in 2017.  Since then, he’s worked with the distilleries and the company’s advocacy team to help showcase what he considers the industry’s top American Whiskey portfolio. With a knack for networking, Tim likes to connect the dots between people, places, things and whiskey. Covering Boston to Miami, he enjoys sharing knowledge with bartenders, influencers and whiskey enthusiasts from city to city.

When he doesn’t have someone to chat and chew bourbon with, Tim can be found within ear shot of any concert venue or riding his motorcycle to visit his crew of 8 nieces, nephews and 4 older siblings.  Tim’s career and widespread family keep him on the move…anyone want to impulsively buy plane tickets and explore a new city?  Call Tim.  You can also tune in to the journey on Instagram with @theuisler.