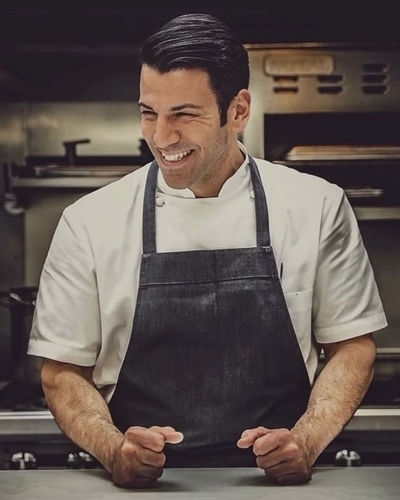 If Troy hadn’t been kicked out of sewing class in high school, he might have been a fashion designer. Even now, his eye for lush color and layered detail shines through in his tasting menu at Temporis. A New Bedford, Massachusetts native, Troy took an interest in cooking during a junior high home ec class. After culinary school, he worked his way up over the next 14 years in some of Boston’s best restaurants, including Clio and Ostra. In 2015 he moved to Chicago to join the Michelin three-star Grace under chef and mentor Curtis Duffy, where he spent two years before joining the two-star Acadia. Off hours, Troy enjoys exploring the city on foot. His New Bedford accent and loyalty to the Celtics remain very much intact.