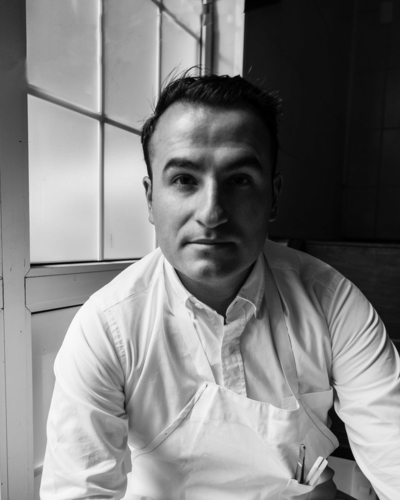 Val M. Cantu is the chef and owner of, Californios restaurant in San Francisco’s Mission district. At the age of five, his father moved the family to a small town in central Texas and opened a Mexican restaurant and tortilleria. Val graduated from the University of Texas at Austin, with a degree in English and Business,  before returning to cooking. In Austin, he worked at Uchi, before moving to the Bay Area.

Once in San Francisco he spent a year as sous chef at Sons and Daughters in Nob Hill, and then quickly began working on Californios. Having fallen in love with the bounty of the Bay Area, Californios first appeared as a pop-up while he searched for a physical space. Californios opened its doors, in the Mission District, of San Francisco, in January 2015.