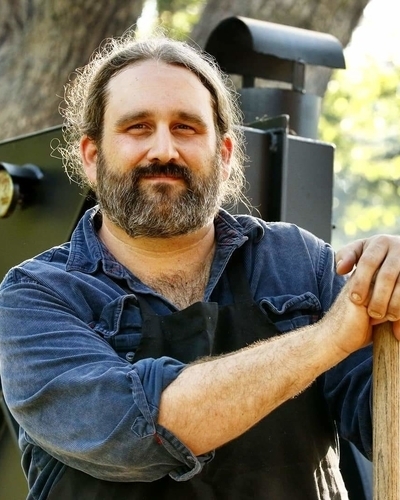 Madison grew up in the once, small town of Destin, FL.  A love for live music and family history led him to Charleston, SC where he studied the culinary arts at Johnson and Wales.  In 2006, he began his journey with Home Team BBQ West Ashley in Charleston.  Through years of hard work and the mentorship of Chef Aaron Seigel, he became a proper pitmaster.  The barbecue community as a whole helped and inspired him in developing his love of bringing live fire foods to the table.

His appreciation of food photography helped propel him into a broader barbecue world.  He gained invaluable experience at the following international events where he served as a featured chef:  Meatopia, London, England 2014; Churrascada, Sao Paulo, Brazil 2015; The Rib Festival at The Blues Kitchen, London, England 2016; The Big Grill Festival, Dublin, Ireland 2017; and Jam Cruise 2018.  At the core, he is a meat guy who is constantly seeking out old world methods of fermentation to accentuate and provide balance to his hand crafted meats.

After moving to his wife’s hometown of Roanoke, Virginia, Madison gave birth to his very own baby… food truck.  Although his sights are set on a brick and mortar, he is slinging his barbecue and soulful sides out of a 1956 Airstream Food Trailer.  Mama Jean’s Barbecue is named in honor of his loving mother, Jean Parker Ruckel.