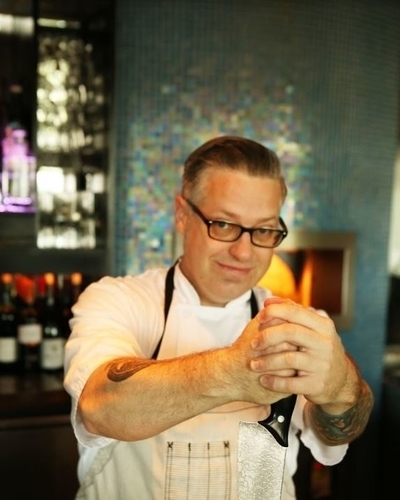 Participating In: Feeding the Folk

An avid reader of industry publications, Steven Musolf is the guy to turn to for cutting-edge culinary trends while adding his own soulful approach. The South Carolina native has always felt at home in the kitchen. As a young boy Steven was always there to lend a hand to his mother in the kitchen and could even be found preparing his own culinary creations on the stove when she was not around. As Steven got older he began working front of the house jobs at various restaurants, but continuously found himself drawn to the camaraderie he witnessed among the kitchen staff.Though he was in school studying to be a respiratory therapist at the time, Steven made the decision to change career paths and enrolled in the Culinary Institute of Charleston. While pursuing his education, Steven worked in Mount Pleasant S.C. under celebrated Chef Frank Lee with Maverick Southern Kitchens.

Following graduation, Steven honed his culinary skills for six years under award winning Chef Michael Kramer as Chef de Cuisine of McCrady’s restaurant in Charleston S.C. He then packed his knives and moved to California in search of new experiences. While in California, he climbed the culinary ranks at several restaurants including the Michelin starred Village Pub in Woodside and Trevese in Los Gatos. Steven then returned to the Lowcountry and Maverick Southern Kitchens as Chef de Cuisine of High Hammock in Pawleys Island S.C. After a 3 year stint back in the South, Steven took an opportunity out West as Executive Chef of Talisker Restaurant Collection’s The Farm at Canyons Resort.  Prior to joining La Fabrique as Executive Chef, Chef Musolf was the Executive Chef of The Lazy Goat in Greenville, SC. When not in the kitchen, Steven can be found off road trail riding, a hobby he picked up while camping in the Rocky Mountains or spending time with his wife and two children.