Students to cook with top chefs at euphoria

Students compete with each other and cook their own recipe with famous Michelin-starred chefs. 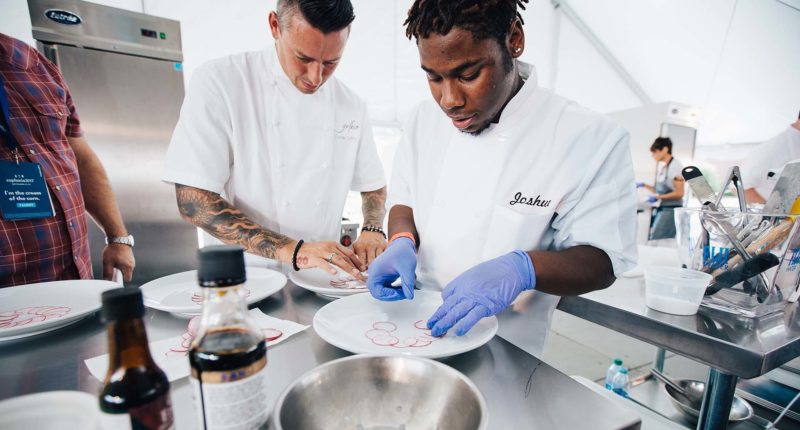 This is the festival’s fifth year hosting the Healthy Lunchtime Throwdown event with Greenville County Schools, where students compete with each other and cook their own recipe with famous Michelin-starred chefs.

Students ages 8 to 18 can apply for the contest by submitting an original, healthy, and affordable recipe on euphoria’s website. The winner of the contest will have his or her recipe featured on Greenville County Schools menus during the school year.

Morgan Allen, executive director of euphoria, said a panel of judges with GCS will select the four finalists based on their submitted recipes — one criterion is the ease with which the recipe can be reproduced by the school district should it win the contest.

“They incorporate it throughout the school year at a variety of different schools, if not all of them, just depending on how economical it is and how popular it is, as well,” Allen said.

Joe Urban, director of food and nutrition services with Greenville County Schools, said the idea for the contest came from a euphoria board member after her daughter participated in the national Healthy Lunchtime Challenge.

“Her daughter was selected as the S.C. representative for Michelle Obama’s Healthy Lunchtime Challenge. One student from every state was selected to attend the Kids’ State Dinner at the White House with the president and former first lady,” Urban said. “The euphoria event was started the following year, using that contest as a template.”

Allen said promoting healthy food at a young age is at the heart of the contest.

“What Greenville County Schools is doing here is top-notch in the nation. The type of food that they serve and the partnerships that they have — it’s really incredible,” Allen said. “To encourage these kids at such a young age and to work alongside some of the most recognized chefs in the world is pretty incredible, that they had this opportunity.”

The students will compete on Sept. 22 — the final day of the four-day festival — at the corner of South Markley and South Main streets at 11 a.m. during the Sunday Brunch: Fired Up event. The deadline to submit a recipe is Sept. 9.