euphoria attracts culinary talent and even snags a few to keep

“Every year after the festival, we get calls from people who fell in love with the city during their visit, asking questions about potentially opening a restaurant here.” -Morgan Allen, euphoria executive director 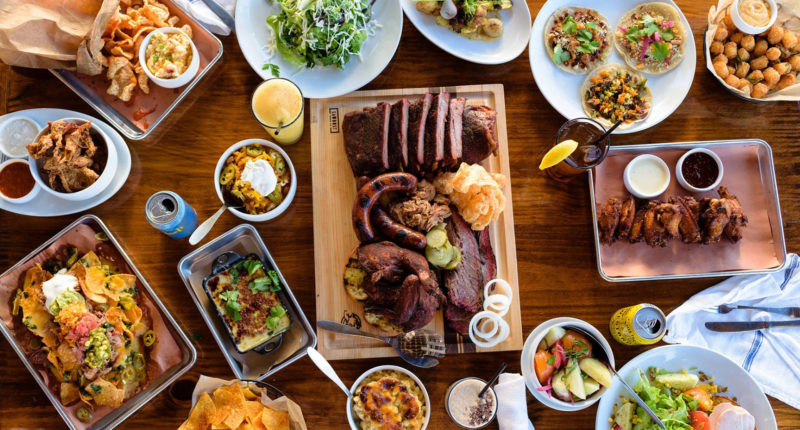 Home Team BBQ came to euphoria four years ago and will open a Greenville location in 2020. Photo by Green Olive Media.

Four years ago, Aaron “Fiery Ron” Siegel brought the heat to Greenville with his smoked barbecue and Southern-style food for euphoria. He loved the city so much that he decided to stick around.

After participating in the event and experiencing the Greenville culinary scene for three years, Siegel began scouting out the spot for anotherHome Team BBQ. With restaurants in downtown Charleston, Sullivan’s Island, West Ashley, Columbia, and one in Aspen, Colorado, Home Team BBQ prides itself on its slow-cooked meats and comfort food.

Laurens Road’s new Holland Park development seemed like the perfect fit. “We saw a lot of the potential in Greenville,” Siegel says. “We knew that the folks from Greenville on vacation down here in Charleston were familiar with our brand, and we talked to a lot of folks at the events.”

Considering the customer demographic, the Greenville expansion made perfect sense to Siegel. “The types of folks that like to come to Home Team BBQ are families, young people who like to have a good time, and we’ve always prided ourselves on appealing to almost any demographic,” he says.

Without the exposure to Greenville through euphoria, Siegel may have never thought to bring the Lowcountry restaurant to the Upstate and join the Greenville community.

“For us, it’s not just about bringing people into our restaurants and filling seats; obviously that’s a huge thing, but it’s about being part of the fabric of the community,” he says.

Morgan Allen, euphoria executive director, says lots of euphoria guests are first-time visitors to Greenville. “Every year after the festival, we get calls from people who fell in love with the city during their visit, asking questions about potentially opening a restaurant here,” she says.

Like many others, Siegel was once one of those inquiring chefs. “And now here they are, getting ready to open sometime next year,” Allen says.

While not everyone who expresses interest expands here, many chefs recognize the potential in Greenville. “We’re honored to be a part of that and to contribute to the growth of Greenville’s food scene in that way,” Allen says.

After euphoria each year, Taylor Fisher, a commercial agent with Spencer/Hines Properties, also has interested parties contacting him about Greenville expansions. He feels that euphoria showcases Greenville, the food clientele, the progressive market, and people with a true appreciation for food.

(according to commercial agent Taylor Fisher)

Want to volunteer? Visit this link to learn more.